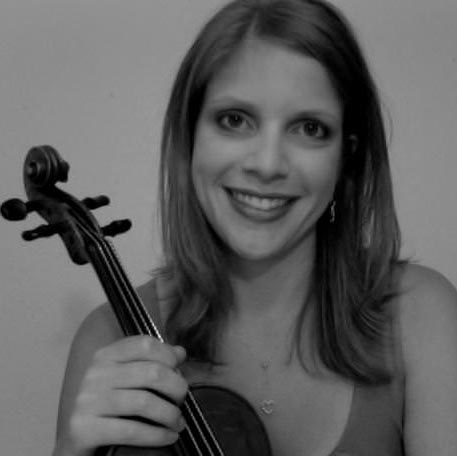 Tessa Gotman Bock, a native of St. Louis, MO, began her studies at age 5. She received her Bachelor's degree from New England Conservatory of Music in 2008 studying with Lucy Chapman. She then received a Master's degree in violin performance from Arizona State University under the instruction of Dr. Jonathan Swartz. In addition to being Dr. Swartz's teaching assistant, she was also the first violinist of the Herberger String Quartet from 2008-2010.  Additionally, she served as the Concertmaster of the Scottsdale Arts Orchestra in its first season.

Through Arizona State University's Quartet Residency program, Ms. Gotman Bock has worked extensively with both the Tokyo and St. Lawrence String Quartets. She has spent her summers at such festivals as Music Academy of the West in Santa Barbara, Pacific Music Festival in Japan, Encore School for Strings, Weathersfield Music Festival, and Rocky Mountain Summer Conservatory in Steamboat Springs, CO.  Tessa attended the Aspen Music Festival for four summers, and was a fellowship recipient in 2009.  She also participated in the New York Strings Seminar in 2003 where she performed two concerts in Carnegie Hall.

After graduating from ASU, Tessa spent a year living in Boston where she was a freelance violinist and Suzuki teacher.  She was a member of the Boston Philharmonic Orchestra under the direction of Benjamin Zander.  She has also performed with the New World Symphony in Miami, Florida.  In the summer before joining the Phoenix Symphony in 2011, Tessa was a participant in the inaugural year of the Gesher Music Festival in St. Louis, MO.  In her spare time, Tessa really enjoys Bikram yoga.