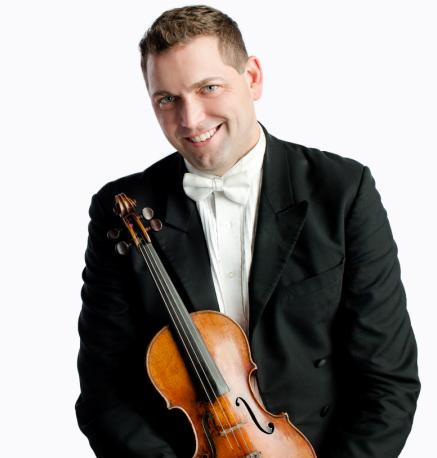 The internationally acclaimed violinist Steven Moeckel has appeared as soloist and concert artist throughout Europe, South America, and the United States. Known for his artful interpretations, rich sound, and technical prowess, his extensive command of the concerto repertoire includes the works of Elgar, Tschaikovsky, Mozart, Beethoven, Sibelius, Berg, and Ysaÿe. As a chamber artist, Moeckel has performed as violinist of the Makart Trio Salzburg with Erika Frieser and Dana Micacoi, and as first violinist of the Auraeus quartet in concerts throughout Europe. His notable U. S. appearances include the Ravinia Festival in Chicago, where he performed with Leon Fleisher and Menachem Pressler, and in 2008 at the Sewanee Music Festival where he appeared with cellist Andres Diaz in Brahms' Concerto for Violin and Cello in A minor, Op. 102.

Most recently, Moeckel held the Concertmaster position with The Tucson Symphony Orchestra from 2002-08. Moeckel also frequently appears in recital with celebrated pianist Paula Fan. His semifinal round performance at the 2005 Sibelius Competition, accompanied by Fan, received multiple curtain calls from the audience and rave reviews in the Helsinki press. Their debut CD, Herin lies the soul... was released in 2007 and the duo recently completed two highly successful recital tours in Mexico and Costa Rica during the spring of 2008.

Born in Germany, Steven Moeckel began his musical career at an early age, first as violinist, then performing at the age of eleven as principal soprano soloist for the renowned Vienna Boys Choir. After leaving the choir, he resumed violin studies at the Mozarteum in Salzburg, graduating with honors at the age of nineteen. He immediately assumed the position of Co-concertmaster of Germany's Ulm Philharmonic, where he remained for three seasons. Moeckel's principal teachers include Helmut Zehetmair, Leonidas Kavakos and the distinguished American violinist Miriam Fried. Steven resides in Phoenix Arizona, where he performs regularly as soloist, chamber musician and as concertmaster of the Phoenix symphony.