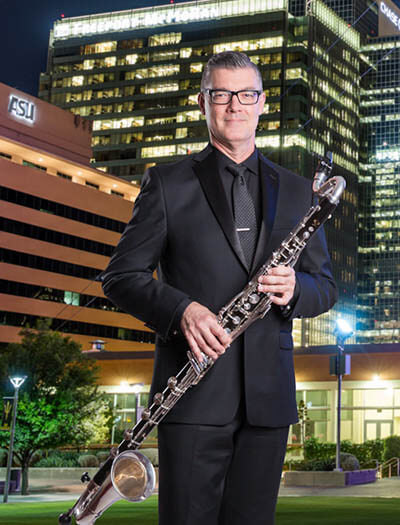 Steve Hanusofski, assistant principal and bass clarinet for The Phoenix Symphony, was born in Miami, Fla., where he began playing the clarinet at the age of 11 in his junior high band program. In high school, Hanusofski also played flute, bassoon and saxophone; he began piano lessons at age 15 and minored in piano as an undergraduate student. He studied for his bachelor's degree in music performance at North Park College in Chicago and returned home to get his master's degree at Florida State University. He has done doctoral work at both Florida State and Arizona State universities.