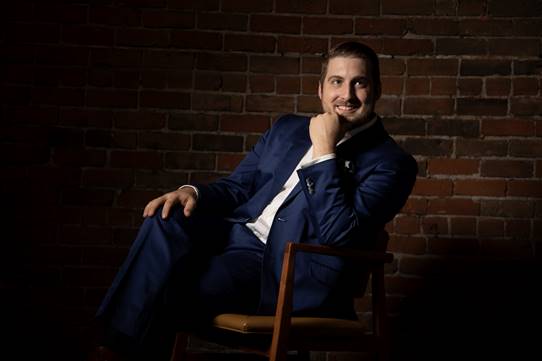 In his fifth season with The Phoenix Symphony, Matthew has proven a wide-range of ability leading Classics, Pops, SFTS, Chamber and other programs during his tenure. This success led to his promotion from Assistant to Resident Conductor in the 2018-19 season. This season Matthew will led over thirty-five performances including multiple Pops and education programs as well as his debut conducting Handel’s Messiah. He will also be on stage to lead the return of Troupe Vertigo in Prokofiev’s Cinderella, the annual Side-by-Side with The Phoenix Youth Symphony and in the symphony’s new Scottsdale Series featuring the music of Mendelssohn and Schumann.

In demand as a guest conductor, Matthew has conducted extensively in the United States, Europe and Asia. Recent seasons included successful debuts with the Rochester Philharmonic, the Tucson Symphony and the Evergreen (Taiwan) Symphonies. Matthew has also appeared with the Orchestre de l’Opéra national de Lorraine, Opera National de Lorraine, Queens Symphony Orchestra, The Phoenix Symphony and the Salt River Ballet. Matthew has served as cover conductor for The Cleveland Orchestra, The San Diego Symphony, The Phoenix Symphony, Arizona Musicfest and the Queens Symphony.

Equally at home in symphonic and operatic repertoire, Matthew made his European debut with the Orchestre Symphonique et Lyrique de Nancy in 2014 and also served as an assistant conductor for the Opera National de Lorraine where he prepared the internationally acclaimed staged premiere of Gerald Barry’s The Importance of Being Earnest. He was immediately re-engaged for productions of Bernstein’s Candide and Britten's Owen Wingrave. 2013 also marked Matthew’s debut with the Queens Symphony Orchestra, which subsequently let to him being named Interim Music Director for the 2015 season.

As Artistic Director of the Phoenix Youth Symphony, Matthew has been a driving force to expand the orchestras season and footprint in the community. He has been instrumental in cultivating relationships with other arts organizations in Phoenix including forming an assistant conductor program with the Arizona State University School of Music, serving as a partner organization for the Arizona Piano Institute and collaborating with the Ballet Arizona school for educations programs and full length ballet performances with the youth symphony.

An avid music educator, Matthew served as an adjunct faculty member of conducting staff at the Aaron Copland School of Music from 2011-2014, where taught conducting classes and conducted the orchestra in performances of symphonic, musical theater and opera performances. With The Phoenix Symphony Matthew conducts the orchestra’s educational and family concerts, reaching over 15,000 children annually.

Trained as a violinist, Matthew is a former member of the Chicago Civic Orchestra where he performed under illustrious conductors such as Bernard Haitink and Esa-Pekka Salonen. He holds degrees in violin performance from Queens College and the Chicago College of Performing Arts where his principal teachers were Burton Kaplan and Shmuel Ashkenasi. Matthew holds a Master’s degree in Orchestral Conducting from Queens College where he was a student of Maurice Peress. He received additional training at the prestigious Pierre Monteux School for Conductors as a Quimby Family Foundation Fellow where he studied with Michael Jinbo.

Originally from Madison Wisconsin, Matthew currently resides in Phoenix with his wife Rebecca, son Theodore and daughters Fiona and Magnolia.