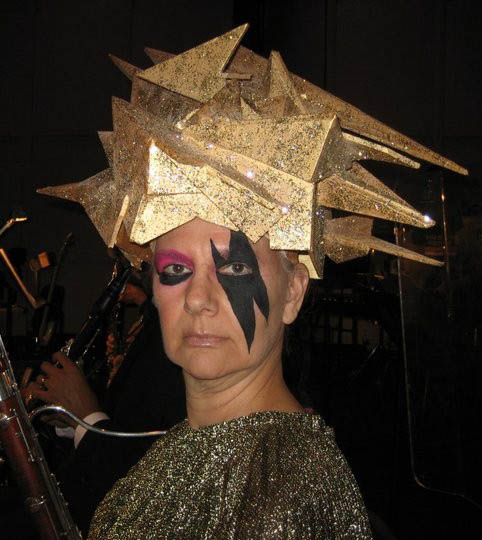 Marlene Mazzuca has been a member of the bassoon section of The Phoenix Symphony since 1983. Before making her home here, she was a member of the Saint Paul Chamber Orchestra, the Buffalo Philharmonic and the London Ontario Symphony, where she was a frequent soloist and a member of the music faculty of the University of Western Ontario.

Marlene was privileged to receive her master's degree from Temple University in Philadelphia as a student of Bernard Garfield, and her bachelor's degree from New England Conservatory in Boston as a student of Sherman Walt. She is also grateful to her primary chamber music coaches, Marcel Moyse and Harold Wright. Marlene will always appreciate and cherish the important role Maestro Hermann Michael has played in her life as an unequalled conductor and friend.

Seasonal engagements have included a 15-year position with the Eastern Music Festival, where Marlene performed in the orchestra, in chamber music and as a soloist, in addition to teaching bassoon, and coaching woodwind sectionals and chamber music. Additional festival performances include The Cabrillo Festival Of Contemporary Music, and The Grand Teton Music Festival.

Marlene was awarded three fellowships to Tanglewood. She also received the C. D. Jackson Award from Seiji Ozawa at Tanglewood, and the Presidential Honors Award from Gunther Schuller while studying at New England Conservatory.

Fun facts: Wilhelm Heckel GmbH, which was founded in 1831 in Wiesbaden, Germany, made Marlene’s bassoon in 1947.

The raw material ARUNDO DONAX is used to make bassoon reeds. Marlene uses cane grown by The Glotin Company in Frejus-Var in the South of France.