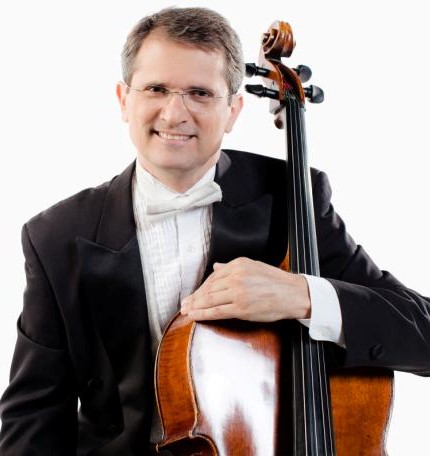 Jan Simiz, assistant principal cello for The Phoenix Symphony, was born in Barcea, Romania. His musical career on the cello began by chance. In Romania, most children are introduced to music at a very early age, usually in pre-school. Simiz began at age nine, late by Romanian standards, and his only option for stings was the cello. Jan went on to study at Ciprian Porumbescu Conservatory in Bucharest, and eventually became an award-winning cellist in his native land.

In 1980 Simiz arrived in Los Angeles and won the principal cellist position with Neal Stulberg and the Young Musicians' Foundation “Debut” Orchestra. He continued his studies at the University of Southern California, where he earned his master's degree in cello performance. Jan's teachers include Eleanore Schoenfeld, former head of the string department at USC, and Gabor Rejto, an eminent cellist and teacher who also performed in the Alma Trio. Additionally, Simiz took master classes with Lynn Harrell, Zara Nelsova and Ronald Leonard.

Prior to joining The Phoenix Symphony in 1985, he played with the Sacramento Symphony Orchestra.

When not performing with The Phoenix Symphony, Simiz performs in various chamber ensembles with the Red Rocks Music Festival, Downtown Chamber Series, and other venues throughout the valley. Since 1995, Jan has been the principal cellist and chamber musician for Music in The Mountains summer festival in Durango, Colorado.

In addition to classical music, Simiz enjoys jazz and some rock. He appreciates fine art, especially the Impressionists. And he enjoys a variety of fine cuisines and wines! In his free time, he enjoys photography and travel.

While at USC, he met and married Maria Lane, also a cellist, who teaches at Arizona School for the Arts. Both Jan and Maria maintain a private cello studio.