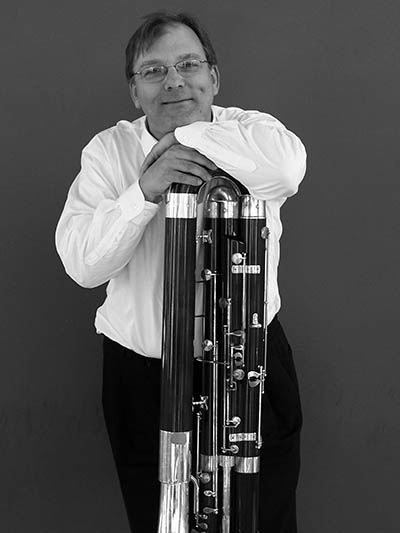 Erik Ludwig, contrabassoon, has been a member of The Phoenix Symphony since 1987, and has spent summers as a faculty member of the Eastern Music Festival in Greensboro, North Carolina since 1988.

From 1981-1984, Ludwig served as assistant principal bassoon with the Orquestra Filharmonica of Santiago, Chile. In 1985, he joined the Pittsburgh-based Con Spirito Woodwind Quintet, whose activities included an acclaimed Merkin Hall debut and a three-week tour of The People's Republic of China. He is currently instructor of bassoon at Northern Arizona University, a post he has held since 1996.

Teachers who have influenced Ludwig are Otto Eifert, Sidney Rosenberg and Leonard Sharrow. He holds a bachelor's degree from Indiana University in German and political science, and is a master's of music candidate of the University of Cincinnati.