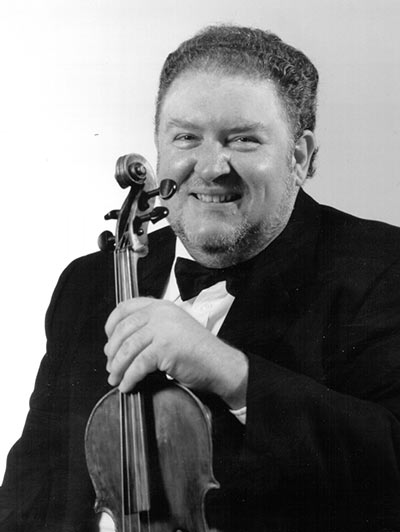 Dan Dumitriu, born in Bucharest, Rumania, began playing the violin at age seven, but was drawn to the viola by its deeper sound and chose to switch instruments at age ten. After earning his Bachelor and Master of Music degrees from Rumania's top music school, the Ciprian Porumbescu Conservatory, he won a position with the Rumanian Broadcasting Symphony Orchestra. As a member, he toured throughout Italy, France, Germany, Austria, Yugoslavia, Czechoslovakia, Bulgaria and Hungary. He also participated in festivals in Rome, Sorrento, Ravenna, Fontainebleau and Munich.

Seeing the contrast of life between Eastern and Western Europe reinforced a deep-seated longing for political freedom, a longing that was nurtured from childhood by listening to broadcasts of Radio Free Europe and the Voice of America. His determination to free himself from the bonds of communism was reinforced by his own discomfort in performing with an ensemble that acted primarily as a propaganda arm of the repressive government of Nicolae Ceausescu. In addition to presenting standard symphonic repertoire, the orchestra was on call 24 hours a day to rehearse and record military and patriotic music, some of which was composed by the dictator himself. It was this orchestra, however, that provided Dan his gateway to freedom. In 1979, he defected at the end of a month-long tour to Italy. While his colleagues were sight-seeing in Venice, he boarded a train to Rome where he requested and received political asylum. He had only one destination: the U.S.A.

After spending time in two different refugee camps, he was flown to the U.S. with 200 other political refugees on a DC-8 supplied by the American government. For the first time in his life he felt that he was truly home. One year later he was able to bring his wife, Phoenix Symphony violinist Ioana, and three year old daughter Monica to the US. They both won positions in the Phoenix Symphony in 1981 and became citizens in 1986. Their sons, Roger and Robert, were born in 1983 and 1988 as American citizens.

Dan is a passionate student of world history and current affairs. He prizes his freedom to read books of his own choosing and particularly enjoys the works of Alexander Solzhenitsyn, Jean Francois Revel and Emanuel Swedenborg. He is also an avid fisherman.