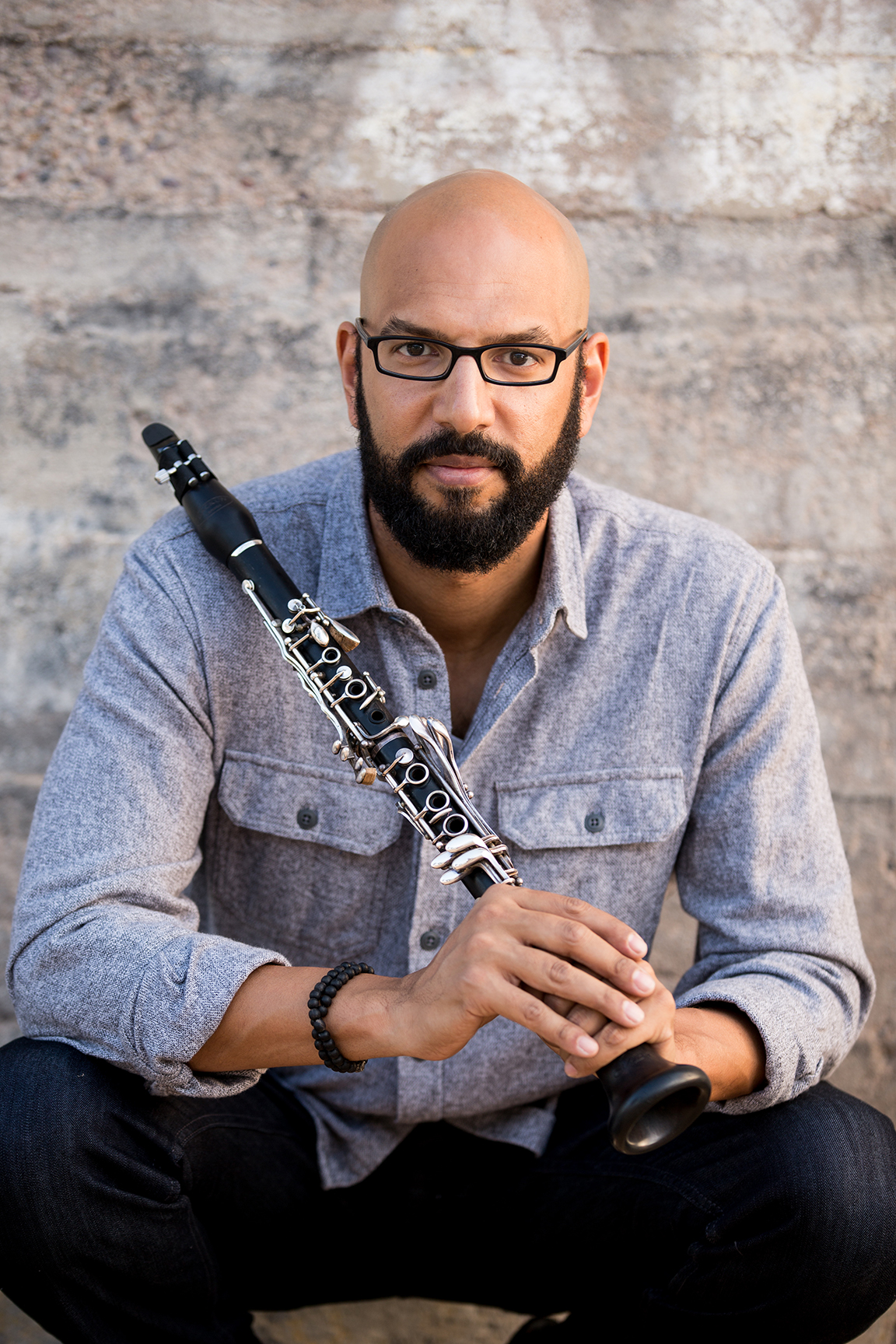 Alex Laing began playing the clarinet at age 11 in his hometown of Silver Spring, Maryland.

​In 2002 he joined The Phoenix Symphony as principal clarinet.

​An accomplished instrumental artist, Alex's work represents a modern take on orchestral practice. Active in his community as a performing and teaching artist, he is committed to exploring how an orchestral musician and an orchestra navigates the push and pull between a legacy art form and its unfixed future.

​Alex is fortunate to have garnered honors and awards in his career, most recently being recognized with a 2018 Sphinx Medal of Excellence and named one of Musical America's Professionals of the Year for 2017.

Reflecting his belief that ‘music isn’t just sound; it’s sounds, words and people’ he is frequently sought as a collaborator. In addition to his work with The Phoenix Symphony, recent seasons have found him contributing his sound in a range of other projects including: as a soloist with the Sphinx Virtuosi at Carnegie Hall; with Lawrence Brownlee (in the world premiere of Tyshawn Sorey’s Cycle of My Being); with Thomas Hampson (as part of his Song of America: Beyond Liberty project); with the Re-Collective Orchestra (in the 2019 soundtrack recording of Disney’s The Lion King) and as a member of Gateways Festival Orchestra.

Alex is particularly excited about his most recent collaboration: joining the creative team for From The Top (FTT) the nationally broadcast radio show and platform for young musicians. In addition to making contributions to the radio show, he will play a role in mentoring and supporting the development of FTT’s incredible young musicians.

Alex has been an invited speaker to the annual conferences of both the Association of British Orchestras and the League of American Orchestras where, in 2019 he was a keynote speaker. As a teacher he has been a frequent collaborator with the Los Angeles Philharmonic’s YOLA (Youth Orchestra Los Angeles) program, and a faculty member for both the National Youth Orchestra of the United States of America (NYO-USA) and the League of American Orchestra's 'Essentials of Orchestra Management Seminar'. He’s currently serving as lead faculty for the 2019/20 YOLA National Institute and on the board of directors for Gateways Music Festival and Arizona School for the Arts.

A graduate of Northwestern University, he received his master's degree in Orchestral Performance from the Manhattan School of Music, an artist's diploma from the Sweelinck Conservatorium Amsterdam and a certificate in nonprofit management from Arizona State University's Lodestar Center for Philanthropy and Nonprofit Innovation.