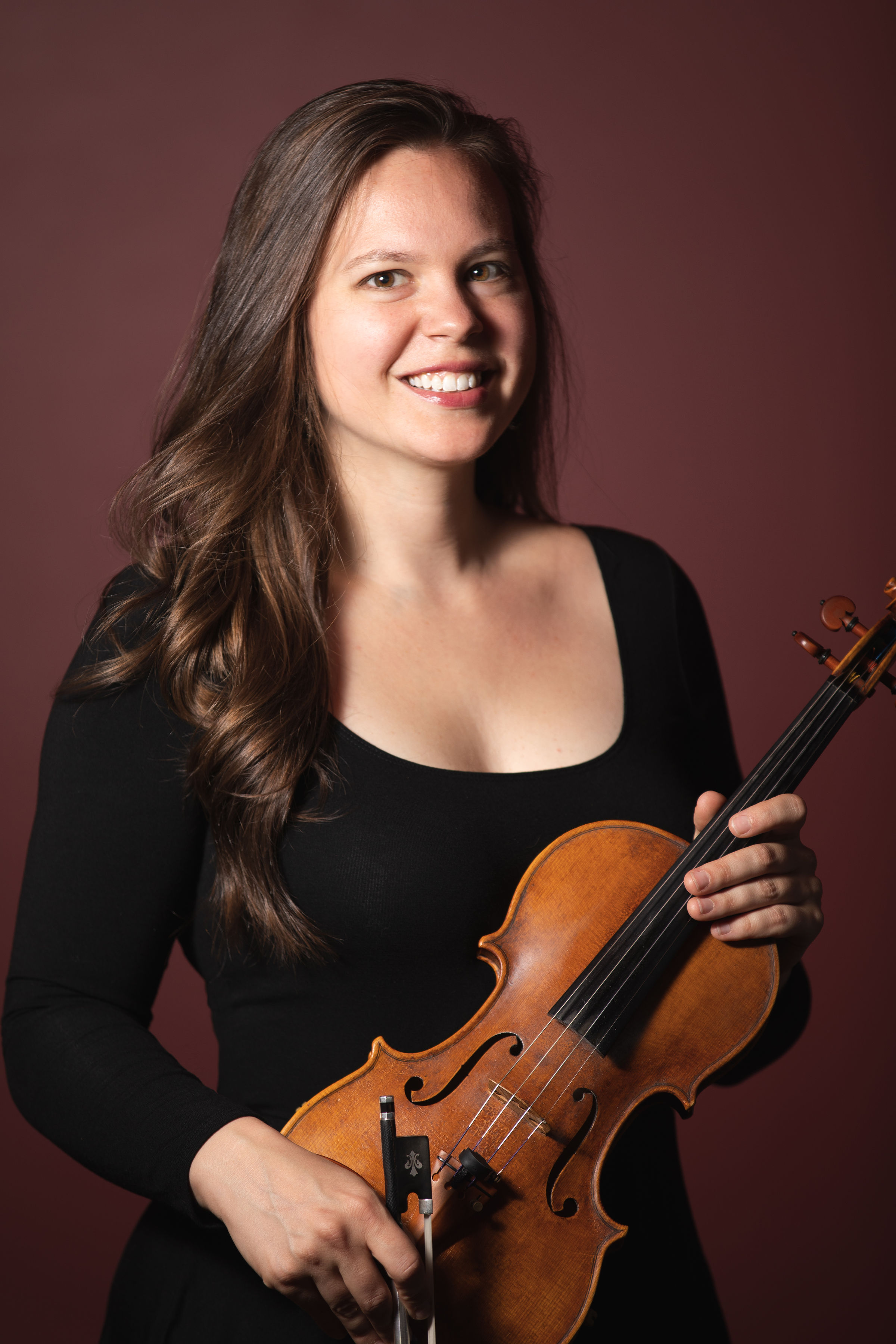 A native of Indiana, Adrienne began taking violin lessons at the age of six. In high school, she studied with world renowned teachers Almita and Roland Vamos at the Music Institute of Chicago. She then attended Peabody Conservatory of Music in Baltimore, MD, from 2003-2009. There she received her Bachelor of Music with Shirley Givens and her Master of Music with Herbert Greenberg.

Adrienne became a member of The Phoenix Symphony in September 2013. Prior to joining The Phoenix Symphony, she performed with the Kansas City Symphony for the 2012-2013 season and was a member of the Tucson Symphony for the 2011-2012 season.  She also performed extensively with the Baltimore Symphony from 2007-2012.  Adrienne has been a member of numerous other orchestras including the Albany Symphony, Annapolis Symphony, Allentown Symphony, Binghamton Philharmonic, and Philharmonic Orchestra of the Americas. As a member of the Philharmonic Orchestra of the Americas, she has participated in several international tours, recorded a platinum album, and served as Concertmaster.

During the summer, Adrienne spends 9 weeks in Chautauqua, NY, as a member of the first violin section of the Chautauqua Symphony. She also serves as the orchestra's Associate Principal Librarian. During the summers of 2013-2015, Adrienne was a member of the Central City Opera Orchestra near Denver, CO. As a student, Adrienne attended the Aspen Music Festival, National Repertory Orchestra, and Kent Blossom Music Festival, where she served as Concertmaster during a joint performance with the Cleveland Orchestra.